In-vitro fertilization (IVF) is a process whereby the eggs are fertilized by a sperm outside of the body, i.e. in laboratory conditions. The fertilized egg (embryo) develops and is transferred to the uterus a few days later.

IVF is performed so the couple can overcome fertility problems, such as:

The IVF method is selected after the couple has been informed of the pros and cons of each one and also depends on what the treating physician believes is the best one for the couple.

The ovarian follicle that develops in the ovary during the natural cycle is monitored via ultrasound and the collected during egg retrieval and fertilized in the lab.

No stimulation drugs are necessary. Only one injection is administered for the final maturation of the ovarian follicles, 32-36 hours before egg retrieval.

The advantages of natural-cycle IVF are that it is relatively the simplest method, no drugs are administered and it costs less (if effectiveness is not taken into consideration).

The main disadvantages are the significantly lower success rates compared to a full stimulation cycle and the higher likelihood of not having an embryo to transfer (20-30%) because of premature ovulation, or because no egg was found in the ovarian fluid, or because egg fertilization was not achieved.

It is usually recommended as a method to women with poor ovarian reserve, who, anyhow, would not produce many ovarian follicles after a possible ovarian stimulation, or to women who have shown a preference to it.

It is pretty much natural-cycle IVF, meaning monitoring and egg retrieval of the single (dominant) egg produced, but with administration of drugs so as to avoid untimely premature ovulation.

Milder or fewer stimulation drugs are administered in this case, and for a shorter period.

The key benefits include the administration of lower doses of drugs, the lower cost and the lower likelihood of ovarian hyperstimulation syndrome occurring.

The ovaries are stimulated after administration of gonadotropins at higher doses, aiming to produce the highest possible number of ovarian follicles.

This is the method followed in most cases, as it is the most effective.

The disadvantages for some are the administration of drugs and the higher cost. However, the cost is relative, as, according to literature, 3 or more natural-cycle IVFs are needed to come close to the effectiveness of a full-stimulation cycle. 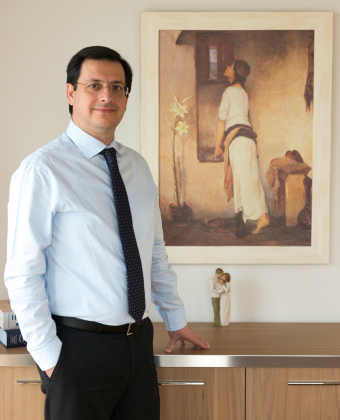 We help you to form a family!